Blood On The Sea:

Paperback (408 pages)
71 American destroyers went down during WWII, and this meticulously researched book describes the history of each - from launch to the ship's final hours. 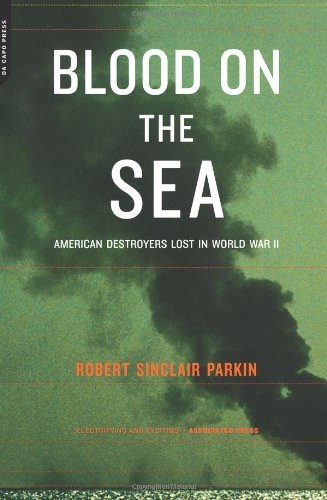 Seventy-one American destroyers went down during World War II, and this meticulously researched book describes the history of each — from launch to the ship's final hours. Through these stories we travel from the stormy North Atlantic to the calm Mediterranean, from the East Coast of the United States to the vast reaches of the Pacific, on destroyers from the USS Reuben James to the USS Callaghan. We join them — and their crews of young soldiers — as they engage the enemy and do pitched battle with German submarines, Japanese kamikaze pilots, or long-range cruisers.

Filled with eyewitness accounts, precise statistics, and historical contexts for each battle and each ship sunk, Blood on the Sea serves as both a tribute to these lost ships and a critical reference guide for historians and veterans alike.