Paperback (128 pages), kindle
Over 5 million German males as young as 14 assisted the war effort in every capacity called upon; eventually into full war fighting. 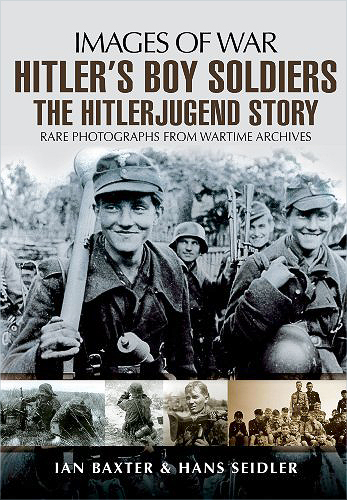 Founded in 1922, the Hitler Youth movement was the second oldest Nazi group. Comprising male youths aged 14 - 18, by December 1936 membership stood at over 5 million.

During the Second World War, the role of Hitlerjugend evolved from assisting with the postal, train and fire services into full war fighting. Recruits went into units such as the elite 12th SS Panzer-Division 'Hitlerjugend' and we see graphic images of this Waffen-SS force in action both on the Eastern and Western fronts. Even as the Nazi cause faced inevitable defeat these units fought with fanatical and disturbing bravery and after defeat in May 1945, elements carried out guerrilla actions in the Bavarian and Austrian mountains.

The reader will find much original material on this legendary but distasteful Nazi organization.