Paperback (336 pages), kindle
Germany was chosen to host the 1936 Olympics to signal its return to the world community, but Hitler used the Games as a massive propaganda campaign. 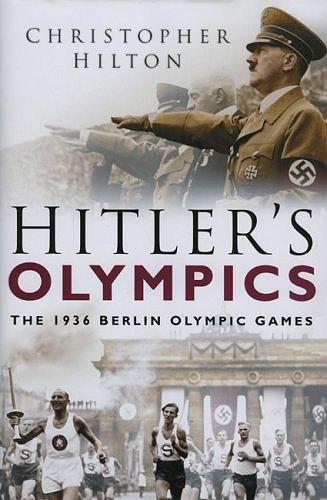 "I'm afraid the Nazis have succeeded with their propaganda." - William Shirer's diary, August 16, 1936.

The Berlin Olympic Games, which remain the most controversial ever held, have their 70th anniversary in August 2006. "Hitler's Olympics" creates a vivid account of the disputes, the personalities and the events which made these Games so memorable. Ironically, the choice of Germany as the host nation for the 1936 Olympics was intended to signal its return to the world community after defeat in World War I. In actuality, Hitler intended the Berlin Games to be an advertisement for Germany as he was creating it, and they became one of the largest propaganda exercises in history.

Two Germans Jews competed in the Games while the most memorable achievement was that of black American Jesse Owens, who won four gold medals. Ultimately, however, Germany was the overall biggest medal winner. The popular success of Owens allowed the Nazis to claim that their policies had no racial element and charges of anti-semitism which did arise were leveled at the Americans.

In this stunning and important book, Christopher Hilton uses newspapers, diaries and interviews to recreate the unique atmosphere during the XIth Olympiad.