Paperback (330 pages), kindle
A young American survivor of the Bataan Death March and brutal captivity, seeks revenge for the worst atrocity ever committed against the American fighting man. Historical fiction at its absolute best. 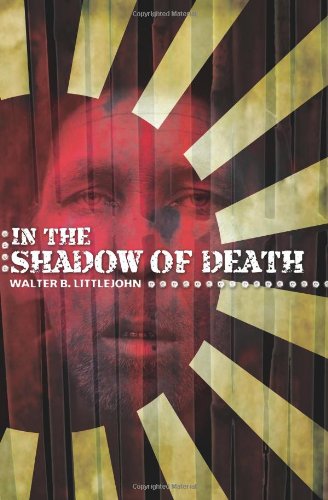 Historical fiction at its absolute best

In The Shadow of Death by Walter B. Littlejohn is a character-driven plot filled with suspense and intrigue. Daring and original, man is pitted against man in a long and haunting war that is merciless and cruel to the stunning end. Jack Collins, a young American taken prisoner during the fall of the Philippines, survives the Bataan Death March, an odyssey that tested the very limits of human strength, only because of his determination to survive and the compassion of one of his captors, Lt. Kenji Tanaka.

Years after the war, Jack returns to the scene of his ordeal in an attempt to bring closure to the nightmares that still haunt him, only to become convinced he must seek revenge for the worst atrocity ever committed against the American fighting man. Once again, Jack and Kenji are paired in a dark destiny in which one is a renegade killer with blood on his hands and the other is obligated to stop the killer roaming the streets of Tokyo.