Television Under the Swastika 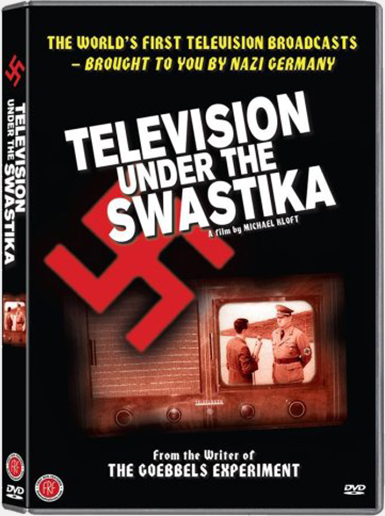 Legend has it that the triumphant march of television began in the United States in the 1950's, but in reality its origins hark back much further. Nazi leaders, determined to beat Great Britain and the U.S. to be the world's first television broadcaster, began Greater German Television in March 1935. German viewers enjoyed their TV broadcasts until September 1944, as Allied troops closed in.

Making use of 285 reels of film discovered in the catacombs of the Berlin Federal Film Archive, "Television Under the Swastika" is a fascinating look at the world's first television broadcast network. It explores both the technology behind this new medium and the programming the Nazis chose to put on it. "Television Under the Swastika" is required viewing for anyone interested in the history of television, the intersection of media and propaganda, and the inside story of Nazi Germany.