Paperback (128 pages)
The history of Sikorsky Aviation and its founder, Igor Sikorsky, one of the most talented and versatile aeronautical pioneers in history. 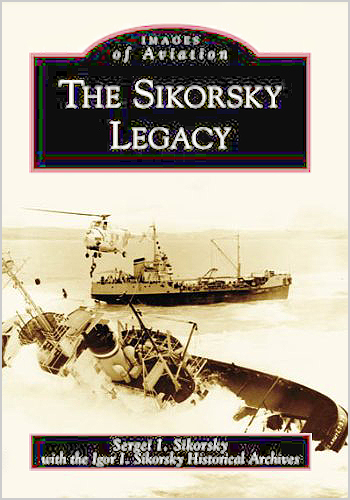 This book traces the history of Sikorsky Aviation and its founder, Igor I. Sikorsky, one of the most talented and versatile aeronautical pioneers in history. Sikorsky's aviation career spanned over 60 years and was highlighted by three major achievements: the creation of the world's first four-engine airliner; the record-breaking Clipper Ships, with which Pan American Airways explored transpacific and transatlantic airline service; and the development of the helicopter. Sikorsky then led his engineers out of the piston-engine era and into the jet age with the design and development of some of the most widely used turbine-powered helicopters in aviation history. More than 200 photographs, many from the Sikorsky family archives, document the genius of Sikorsky's intuitive engineering and his lifelong interest in the challenge of the helicopter, which many historians consider to be his crowning achievement.