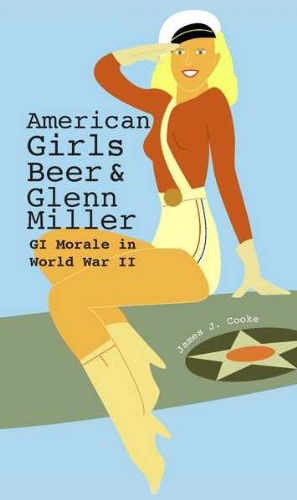 "Cooke's examination of the Special Services and PX System during World War II, a subject previously overlooked by scholars, shows that these goods and services kept the armed forces' spirits up under the alienating conditions of global war."
— Dennis Showalter, author of Patton and Rommel: Men of War in the Twentieth Century

As World War II dawned in Europe, General George C. Marshall, the new Army Chief of Staff, had to acknowledge that American society—and the citizens who would soon become soldiers—had drastically changed in the previous few decades. Almost every home had a radio, movies could talk, and driving in an automobile to the neighborhood soda fountain was part of everyday life. A product of newly created mass consumerism, the soldier of 1940 had expectations of material comfort, even while at war. Historian James J. Cooke presents the first comprehensive look at how Marshall’s efforts to cheer soldiers far from home resulted in the enduring morale services that the Army provides still today.

The great civic organizations—the YMCA, the Salvation Army, the Jewish Welfare Board, and others—were brought together to form the United Service Organizations (USO). At USO Camp Shows, admired entertainers like Bob Hope, Bing Crosby, and Frances Langford brought home-style entertainment to soldiers within the war zones. As the war heightened in intensity, the Special Service Companies grew to over forty in number, each containing more than one hundred enlisted men. Trained in infantry skills, soldiers in the companies at times would have to stop showing movies, pick up their rifles, and fight.

The Special Services Division, PX, and USO were crucial elements in maintaining GI morale, and Cooke’s work makes clear the lasting legacy of these efforts to boost the average soldier's spirits almost a century ago. The idea that as American soldiers serve abroad, they should have access to at least some of the comforts of home has become a cultural standard.