Warning: session_start(): Cannot start session when headers already sent in /homepages/7/d92572805/htdocs/scanningwwii/v/wp-content/plugins/wpgdpr_g8zuDP/index.php on line 460
 Called Up, Sent Down: The Bevin Boys' War 
Warning: count(): Parameter must be an array or an object that implements Countable in /homepages/7/d92572805/htdocs/scanningwwii/v/wp-content/plugins/amazon-discount/amazon-config.php on line 680

Called Up, Sent Down:

Paperback (252 pages)
Thousands of British miners enlisted to fight, putting the war effort in danger of grinding to a halt. The answer was to conscript 48,000 "Bevin Boys" and send them down. 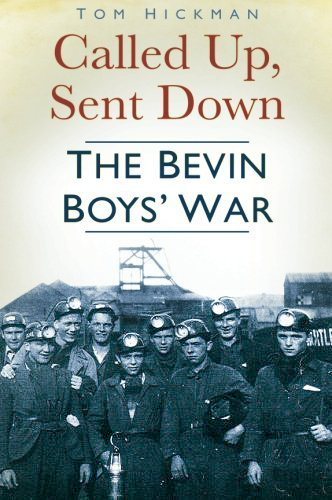 At the outbreak of the Second World War, the British government short-sightedly allowed thousands of miners to enlist in the armed services. By 1943 the war effort was in danger of grinding to a halt because of a lack of coal. In answer Ernest Bevin, the Minister of Labour, sought service Volunteers - and compulsorily sent 20,000 18-year-olds, who'd expected to fight for their country, down the mines with them.

Called Up, Sent Down paints a picture not just of the arduous life below ground but as the Bevin Boys found it in the tightly-knit mining communities, which in some cases welcomed them, but in others treated them with hostility. Called Up, Send Down is an enthralling oral and social history of an episode of war that has never been fully told.