In Time of War:

Paperback (672 pages)
A fascinating study of Ireland during WWII and their struggle to maintain neutrality. 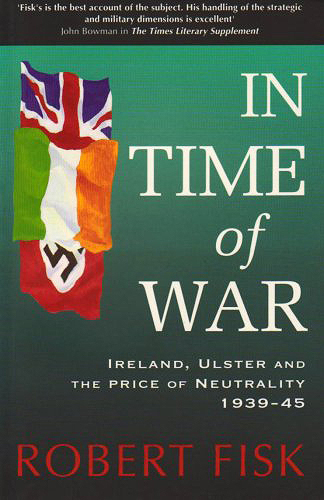 When the Union Jack was hauled down over the Atlantic naval ports of Cobh, Berehaven and Lough Swilly in 1939, the Irish were jubilant. But in London, Churchill brooded on the 'incomprehensible' act of surrendering three of the Royal Navy's finest ports when Europe was about to go to war. Eighteen months later, Churchill was talking of military action against Ireland. He demanded the return of the ports and the Irish made ready to defend their country against British as well as German invasion. In Northern Ireland, a Unionist Government vainly tried to introduce conscription. Along the west coast British submarines prowled the seas searching for German U-boats sheltering in the bays; British agents toured the villages of Donegal in search of fifth columnists while their German counterparts tried to make contact with the IRA. This is a fascinating study of Ireland during the Second World War. "Anybody interested in Irish affairs will have to get Fisk's book." - Literary Review.