Paperback (288 pages)
War is hell, but it can also be hilarious. The title refers to the ubiquitous graffiti that US servicemen scrawled in bizarre and unlikely places; a joke that everybody was in on. While there is nothing remotely funny about the war itself, it's clear that some of the hardships endured in that conflict were made more bearable by generous doses of humor. 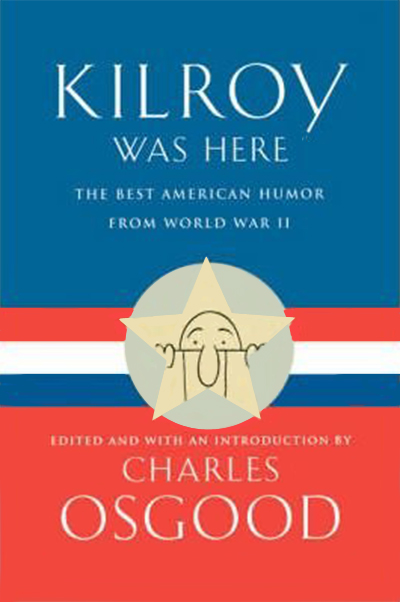 Originating as a chalked inspection notice in a Quincy, Mass., shipyard, the sketch of bald-headed Kilroy launched a thousand ships and eventually became the most familiar globe-trotting graffiti of World War II. The ubiquitous Kilroy was "a joke that everybody was in on," notes Osgood, the Emmy and Peabody Award-winning broadcast journalist-anchor on CBS Radio (The Osgood Files) and TV (CBS Sunday Morning).

Selecting Kilroy as an icon emblematic of the humor that surfaced during the war, lifting spirits in the midst of tragic events, Osgood has assembled a barrage of WWII's amusing essays, stories, jokes, cartoons, poems and short satires. Selections range from heavy artillery (Reader's Digest's "Humor in Uniform" and Bob Hope's I Was There) to the small-arms fire of lesser-known writers. The opening salvo, "A Dictionary of Military Slang: 1941-1944" (compiled from Harold Hersey's More G.I. Laughs and Paris Kendall's Gone with the Draft), is followed by a parade of thematic chapters.

Drinking from the same canteens, Osgood repeatedly excerpts from the same handful of mid-1940s publications. Oddly, he ignores the great Dave Breger of the Army weekly Yank, who coined the term G.I. Joe for a cartoon series so popular it ran simultaneously in that outlet and in American newspapers. Osgood offers a half-dozen of Bill Mauldin's famed "Willie and Joe" cartoons but only a single George Baker "Sad Sack" strip and one cartoon by the stylish Irwin Caplan, a prolific contributor to the slick postwar magazines. Still, Osgood's book makes good on its effort to remind readers that humor was one of the leading boosters to troops' morale and deserves recognition. With the Osgood name behind it, it may march onto some bestseller lists.