Why We Demean, Enslave, and Exterminate Others

Paperback (336 pages), kindle
A revealing look at why we dehumanize each other, with stunning examples from world history as well as today’s headlines. 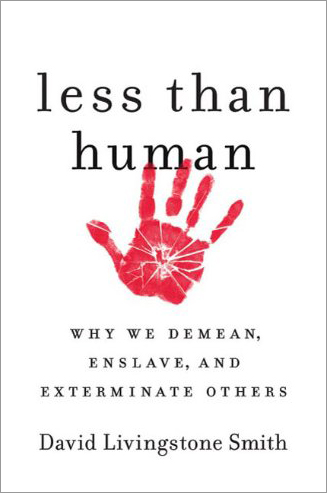 Winner of the 2012 Anisfield-Wolf Book Award for Nonfiction

A revealing look at why we dehumanize each other, with stunning examples from world history as well as today’s headlines.

“Brute.” “Cockroach.” “Lice.” “Vermin.” “Dog.” “Beast.” These and other monikers are constantly in use to refer to other humans—for political, religious, ethnic, or sexist reasons. Human beings have a tendency to regard members of their own kind as less than human. This tendency has made atrocities like the Holocaust, the genocide in Rwanda, and the slave trade possible, and yet we still find it in phenomena such as xenophobia, homophobia, military propaganda, and racism. Less Than Human draws on a rich mix of history, psychology, biology, anthropology and philosophy to document the pervasiveness of dehumanization, describe its forms, and explain why we so often resort to it.

David Livingstone Smith posits that this behavior is rooted in human nature, but gives us hope in also stating that biological traits are malleable, showing us that change is possible. Less Than Human is a chilling indictment of our nature, and is as timely as it is relevant.