Hardcover (192 pages)
The use of American animals during WWII further demonstrates the resourcefulness of the US military and the many sacrifices that led to the Allies victory. 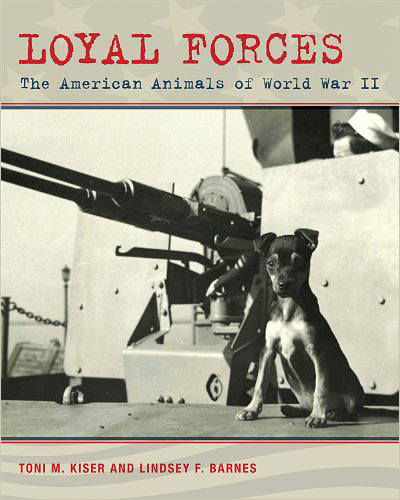 During World War II, the U.S. called upon all its citizens to contribute to the war effort, encouraging them to enlist, buy war bonds, and collect scrap metal. The use of American animals during the conflict further demonstrates the resourcefulness of the U.S. military and the many sacrifices that led to the Allies victory.

Through 157 photographs from the National World War II Museum collection, Loyal Forces captures the heroism, hard work, and innate skills of innumerable animals that aided the troops as they fought to protect, transport, communicate, and sustain morale.

From the last mounted cavalry charge of the U.S. Army to the 36,000 homing pigeons deployed overseas, service animals made a significant impact on military operations during World War II. Authors Toni M. Kiser and Lindsey F. Barnes deftly illustrate that every branch of the armed forces and every theater of the war including the home front utilized the instincts and dexterity of these dependable creatures, who, though not always in the direct line of enemy fire, had their lives put at risk for the jobs they performed.