The Memoirs of Field Marshal Montgomery

Paperback (574 pages), kindle
Monty tells his side of the story of the momentous battles against the enemy - and, sadly, the Allies - as he strove for victory in WWII. 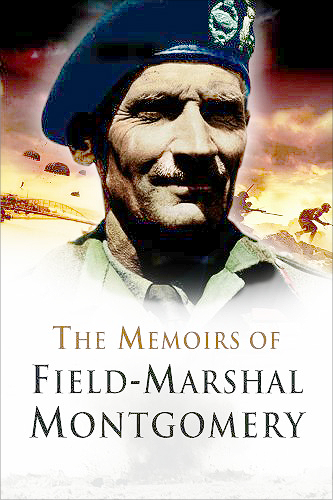 First published in 1958 Montgomery's memoirs cover the full span of his career first as a regimental officer in the Royal Warwickshire Regiment and then as a Staff Officer.

His choice of the Warwickshires was due to his lack of money. He saw service in India before impressing with his courage, tactical skill and staff ability in the Great War. Despite his tactless uncompromising manner his career flourished between the wars but it was during the retreat to Dunkirk that his true brilliance as a commander revealed itself. The rest is history but in this autobiography we can hear Monty telling his side of the story of the great North African Campaign followed by the even more momentous battles against the enemy - and, sadly, the Allies - as he strove for victory in North West Europe. His interpretation of the great campaign is of huge importance and reveals the deep differences that existed between him and Eisenhower and other leading figures.

His career ended in disappointment and frustration being temperamentally unsuited to Whitehall and the political machinations of NATO.