Paperback (459 pages), kindle
His wartime achievements brought him public acclaim. Lord Louis accepted the Japanese surrender in 1945, was the last Viceroy of India, and was murdered by the IRA. 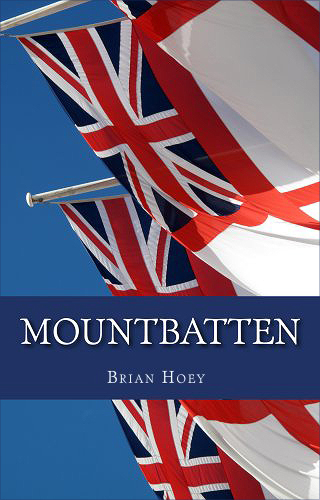 Lord Louis Mountbatten accepted the Japanese surrender in 1945, was the last Viceroy of India, and was murdered by the IRA. Behind the public acclaim which his wartime achievements brought him, he had vanity and a controversial lifestyle. He had influential connections with the Royal Family but made many enemies, including Winston Churchill, who never forgave him for his part in "giving away India", while courtiers in the Royal Household disliked him for his arrogance and interference.

Both Mountbatten and his wife were widely known to have had numerous affairs, but this was rarely spoken of outside their circle. He was an egotistical man, fascinated by Royalty and his own relationship to the Royal Family, and delighted in being seen with celebrities.

His biographer, Brian Hoey, knew Mountbatten for ten years and interviewed him on radio and television. Hoey talked to many in the Royal Household, and also to Prince Philip, Prince Michael of Kent and King Constantine of Greece about their memories of Mountbatten. Both of Mountbatten's daughters, and his grandchildren also agreed to speak.