Nazi Prisoners of War in America

Paperback (352 pages)
Half a million German Prisoners were scattered through the US in 511 POW Camps. With no precedents upon which to form policy, these foreign prisoners were placed into CCC camps, high school gyms, fairgrounds and even race tracks to wait out the war. 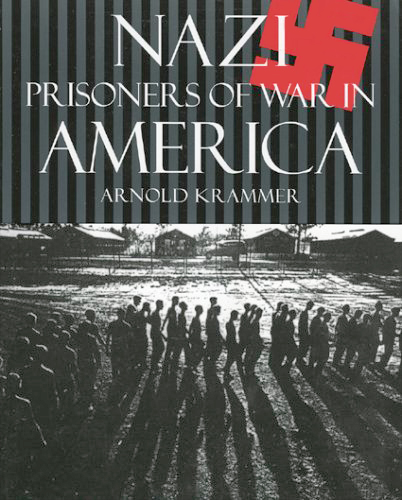 This is the only book available that tells the full story of how the US government, between 1942 and 1945, detained nearly half a million Nazi prisoners of war in 511 camps across the country.

With a new introduction and illustrated with more than 70 rare photos, author Arnold Krammer describes how, with no precedents upon which to form policy, America's handling of these foreign prisoners led to the hasty conversation of CCC camps, high school gyms, local fairgrounds, and race tracks to serve as holding areas.

The Seattle Times calls Nazi Prisoners of War in America "the definitive history of one of the least known segments of America's involvement in World War II. Fascinating. A notable addition to the history of that war."