Hitler's Last Offensive in the West

Paperback (96 pages), kindle
Largely overshadowed by the Battle of the Bulge, Operation Norwind was the last major German offensive of WWII on the Western Front. 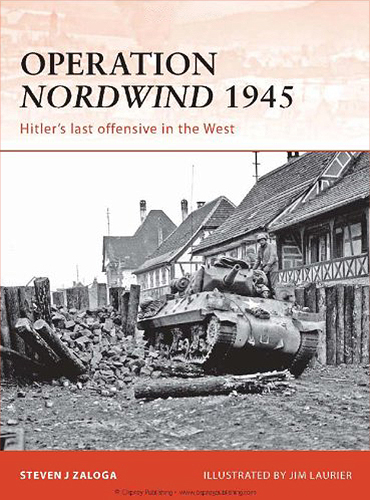 Operation Nordwind is one of the lesser known campaigns of World War II (1939-1945), yet one of the more intriguing. Largely overshadowed by the Battle of the Bulge further north, Nordwind was the last great operation by the Waffen-SS Panzer divisions in the west, and the last time the Wehrmacht was on the offensive in the West. The campaign also highlights the difficulties of inter-Allied cooperation between the Americans and the French. This campaign has been extensively treated in German and French accounts, but is not well covered in English.