History of Its Evolution in 13 Nations Through World War II

Paperback (420 pages), kindle
Each country working on the development of radar believed that it was its own development and held the technology in highest secrecy. 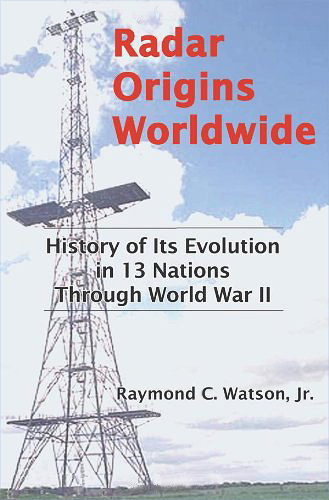 Radar was the outcome of research during the mid and late 1930s by scientists and engineers in eight countries: United States, Great Britain, Germany, Holland, France, Italy, USSR, and Japan. Each country believed that this was its own development and held the technology in highest secrecy. Great Britain gave the basics to four advanced Commonwealth nations: Australia, Canada, New Zealand, and South Africa, and indigenous systems emerged in each before WWII. Hungary independently developed its own system during the war.

This book provides an account of the developments, including timelines, in each of the 13 countries. It is primarily intended for readers with a general interest in the history of technology. It is neither "academic" (there are no footnotes) nor technically detailed (only one equation and no diagrams). However, about 450 individuals are noted, many with brief bios.

In reviewing draft material, the late historian Louis Brown, author of A Radar History of World War II, commented that it was "free of the great radar myths that still fill many accounts: 'Before Rad Lab there was nothing.' 'We invented it in Britain and everyone copied it from us.' 'German radar was second rate and the Japanese did not have any.' "