DVD (German with English subtitles)
In the cold Berlin winter of 1943, hundreds of brave women stood in defiance of the Nazis, screaming and howling for the release of their husbands held in a factory on a street named . 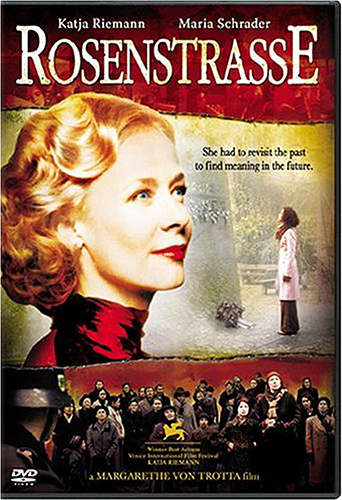 In the cold Berlin winter of 1943, hundreds of women stood, and waited, in defiance of the Nazis. While countless Jews were being sent to concentration camps for execution, Jewish husbands of Aryan wives suffered a different fate; they were separated from their families and imprisoned in a factory on a street named Rosenstrasse. On that street these women stood in protest, in the name of love until they were reunited with their men. This is the striking story of Rosenstrasse; where the power of the human will stands in-conquerable - for hope, dignity and love.