Stauffenberg and the True Story of Operation Valkyrie 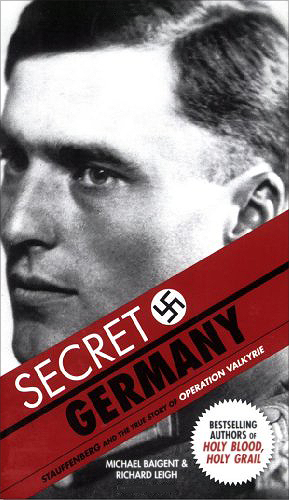 The story of the hero behind the attempt to kill Hitler, the subject of the film Valkyrie, starring Tom Cruise.

By July of 1944, the Third Reich's days were numbered. Colonel Claus von Stauffenberg, a general staff insider with open eyes (and access to the Führer), was convinced that assassinating Hitler was the only way to prevent the destruction of the Fatherland and the deaths of millions. On July 20, he hid a bomb-stuffed briefcase at a high-level meeting. The explosion tore through the room, but a table leg spared Hitler from the blast. The result was a witch hunt, a wave of executions, and a further pointless year of war. Michael Baigent and Richard Leigh deliver an exhilarating and definitive portrait of the anti-Nazi movement (called "Secret Germany") that almost killed Hitler. Secret Germany is the story of "World War II's boldest plot-that-failed" (Time), a coup that was a moral and spiritual necessity.