The Hidden War on Chichi Jima

Paperback (248 pages), kindle
In the creepiest of war atrocities, downed flyers over the bypassed island of Chichi Jima had been captured, executed, and eaten by their Japanese captors. 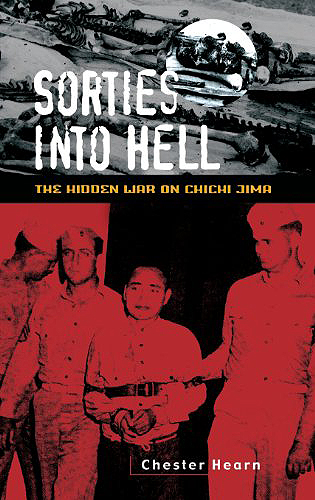 In October 1946, Colonel Presley Rixey arrived by destroyer at Chichi Jima to repatriate 22,000 Japanese who had been bypassed during the war in the Pacific. While waiting for a Marine battalion to arrive, the colonel met daily with a Japanese commission assigned to assist him. When asked what had happened to American prisoners on the island, the Japanese hatched a story to hide the atrocities that they had committed. In truth, the downed flyers had been captured, executed, and eaten by certain senior Japanese officers. This is the story of the investigation, the cover-up, and the last hours of those Americans who disappeared into war's wilderness and whose remains were distributed to the cooking galleys of Chichi Jima.

Rixey's suspicion of a cover-up was later substantiated by a group of Americans returning from Japan who had lived on Chichi Jima for generations. It would take five months of gathering testimony to uncover all the details. Thirty war criminals were eventually tried at Guam in 1947, five of whom met their fate on the gallows.