The Battle for Singapore:

The True Story of the Greatest Catastrophe of World War II

Paperback (688 pages), kindle
To truly understand a nation you need to understand how it reacts in defeat as well as victory. 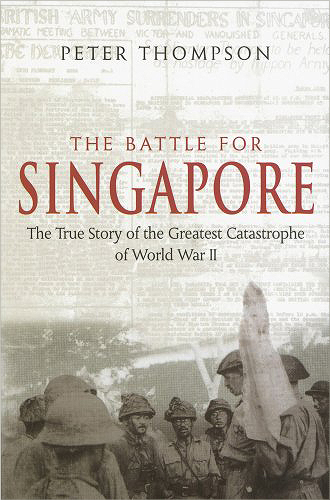 The true story of the "the greatest defeat and largest capitulation" in British military history. The Fall of Singapore on February 15, 1942 is a military disaster of enduring fascination.

For the 60th anniversary of the liberation of the island, Peter Thompson tells the explosive story of the Malayan campaign, the siege of Singapore, the ignominious surrender to a much smaller Japanese force, and the Japanese occupation through the eyes of those who were there—the soldiers of all nationalities and members of Singapore's beleaguered population.