The Diary of Anne Frank

DVD
Movie adaptation of the hit play based on the diary of Anne Frank. 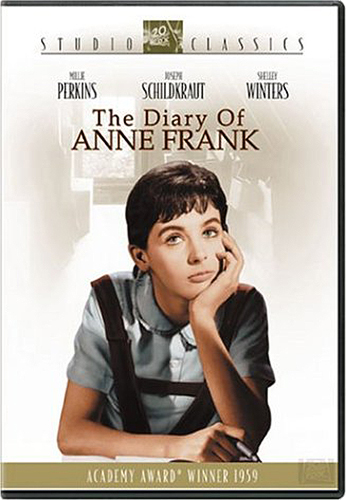 A diary discovered in the attic of an Amsterdam factory reveals the plight of a Jewish refugee family that lived there in hiding for two years during the Nazi occupation. George Stevens (Giant) directed this 1959 film adaptation of the hit play based on the writings of Anne Frank, the Jewish girl from Amsterdam who hid in an attic with her family and others during the Nazi occupation. As Anne, Millie Perkins is something of a milky eyed enigma and -- in retrospect -- too old for the part; but she is surrounded by an outstanding cast, including Joseph Schildkraut as Anne's patient father, Ed Wynn as a cranky dentist who moves into Anne's "room," and Shelley Winters as the loud Mrs. Van Daan. Stevens turns the many overlapping dramas of the caged characters into the foundation of Anne's growth as a young woman, ready for life and love just at the moment the dream comes to an end. Beautifully shot by cinematographer William C. Mellor, and written by Frances Goodrich and Albert Hackett from their stage production. --Tom Keogh