The Georgian Rebellion on Texel

The Georgian rebellion on Texel Paperback (72 pages)
Knowing that Stalin will show no compassion toward them, captured Georgian troops serving with the German army on the Dutch island of Texel revolt and Europe's final battlefield of WWII erupts. 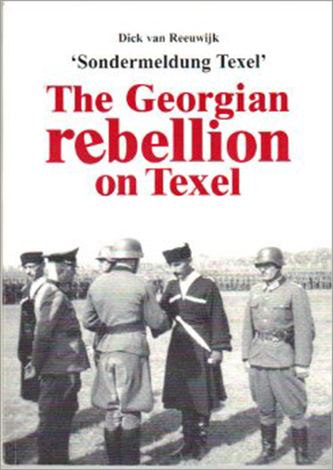 On April 6, 1945, Georgian troops serving as volunteers with the German army on the Island of Texel off the Dutch coast, stage a mutiny, killing 246 German soldiers in their sleep. The mutiny turns into a battle which eventually kills 800 Germans, 500 Georgians and 117 Texel civilians. The fighting ends only when the Canadians arrive on 20 May 45, two weeks after the end of the European war.

Georgian POWs were given the choice to either fight for the Wehrmacht or die of starvation in the POW camps. Many Georgian soldiers chose to work for the Germans, having no love whatsoever for Stalin, and joined the German garrison on Texel.

As the end of the war approached, it became clear that the Germans had lost and that Stalin would show no compassion toward Red Army soldiers who surrendered, let alone cooperated with the Germans. The Georgians decided to mutiny against the Germans and a viscous battle with many casualties erupted.

This book may be currently unavailable on Amazon.