The Mystery Behind the Photo That Ended World War II

Paperback (224 pages)
Most who have seen this, one of the most famous WWII photographs in history, have wanted to know more about the nurse and sailor. The whole truth behind the celebrated picture has finally been revealed. 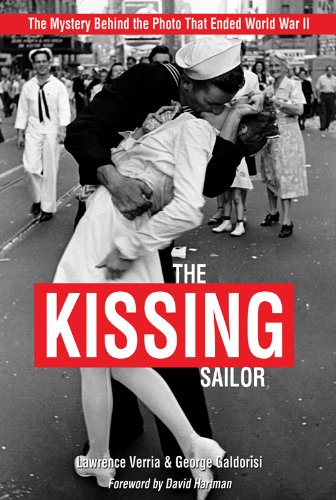 On August 14, 1945, Alfred Eisenstaedt took a picture of a sailor kissing a nurse in Times Square, minutes after they heard of Japan's surrender to the United States. Two weeks later LIFE magazine published that image. It became one of the most famous WWII photographs in history (and the most celebrated photograph ever published in the world's dominant photo-journal), a cherished reminder of what it felt like for the war to finally be over. Everyone who saw the picture wanted to know more about the nurse and sailor, but Eisenstaedt had no information and a search for the mysterious couple's identity took on a dimension of its own. In 1979 Eisenstaedt thought he had found the long lost nurse. And as far as almost everyone could determine, he had. For the next thirty years Edith Shain was known as the woman in the photo of V-J DAY, 1945, TIMES SQUARE. In 1980 LIFE attempted to determine the sailor's identity. Many aging warriors stepped forward with claims, and experts weighed in to support one candidate over another. Chaos ensued.

For almost two decades Lawrence Verria and George Galdorisi were intrigued by the controversy surrounding the identity of the two principals in Eisenstaedt's most famous photograph and collected evidence that began to shed light on this mystery. Unraveling years of misinformation and controversy, their findings propelled one claimant s case far ahead of the others and, at the same time, dethroned the supposed kissed nurse when another candidate's claim proved more credible. With this book, the authors solve the 67-year-old mystery by providing irrefutable proof to identify the couple in Eisenstaedt's photo. It is the first time the whole truth behind the celebrated picture has been revealed.

The authors also bring to light the couple's and the photographer's brushes with death that nearly prevented their famous spontaneous Times Square meeting in the first place. The sailor, part of Bull Halsey's famous task force, survived the deadly typhoon that took the lives of hundreds of other sailors. The nurse, an Austrian Jew who lost her mother and father in the Holocaust, barely managed to escape to the United States. Eisenstaedt, a World War I German soldier, was nearly killed at Flanders.