A Warning From History

DVD - 2 discs
How could a political party as fundamentally evil and overtly racist as the Nazis come to power? Was it simply the hypnotic power of Hitler's rhetoric? This 6-part BBC series unveils a more chilling reality. 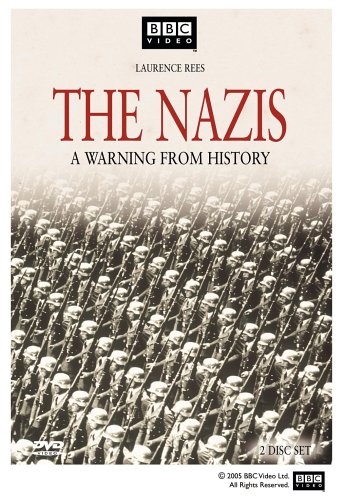 How could a political party as fundamentally evil and overtly racist as the Nazis come to power? This remains one of the most enigmatic questions of the last century. Acclaimed historian Laurence Rees examines what led a cultured nation at the heart of Europe to commit the atrocities it did. In so doing, he exposes popular myths and encourages understanding of the real forces that led to one of the darkest chapters in modern history. Was it simply the hypnotic power of Hitler's rhetoric? Did the Gestapo really impose themselves by terror on an unwilling population? Through interviews with witnesses and perpetrators, along with archive film and records, this six-part series unveils a more chilling reality.

Far from just being the usual retelling of familiar historical events, this six-part British documentary goes so much deeper. A lot of the pictures and film footage haven't been seen before, and many of the people interviewed were actual higher-ups in the Nazi Party or Wehrmacht, instead of just interviewing regular soldiers and civilians. Other people interviewed are those who lived under the Nazi occupation in Poland, the former Czechoslovakia, and Lithuania. A number of the very elderly Germans, as well as a Lithuanian who was a member of the Einsatzgruppen, are pretty matter-of-fact and unrepentant about what they did, even with so many decades of historical hindsight and knowing what we do now. There's also a lot of information that hasn't been brought to light before about many of the topics covered.

The lessons to be learned from this series truly do serve as a warning from history. Most people today like to think that such a thing couldn't ever happen again and can't even understand why it happened in the first place, but as it's demonstrated, the Nazis didn't come about and eventually rise to power, wage a world war, and commit horrific atrocities overnight or in a vacuum. It's up to us to remember and learn from history so that such things won't ever happen again.