The War Against the Jews:

Paperback (1,487 pages), kindle
A definitive and comprehensive book on one of history's darkest chapters. 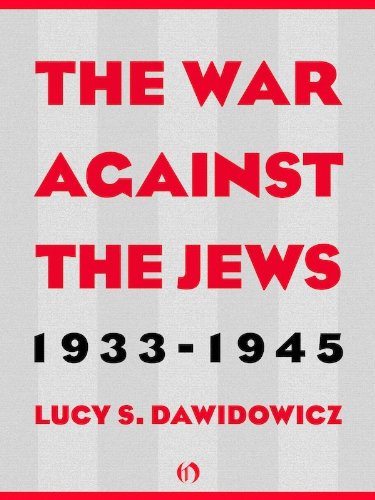 The authoritative history of one of the world's worst atrocities

Lucy Dawidowicz's groundbreaking The War Against the Jews inspired waves of both acclaim and controversy upon its release in 1975. Dawidowicz argues that genocide was, to the Nazis, as central a war goal as conquering Europe, and was made possible by a combination of political, social, and technological factors. She explores the full history of Hitler's "Final Solution," from the rise of anti-Semitism to the creation of Jewish ghettos to the brutal tactics of mass murder employed by the Nazis.

Written with devastating detail, The War Against the Jews is the definitive and comprehensive book on one of history's darkest chapters.