DVD 2-discs
The real star of the film is the climactic 30-minute battle, a massive feat of cinematic engineering that expertly conveys the surprise, the chaos, and the immense destruction of the attack on Pearl Harbor. 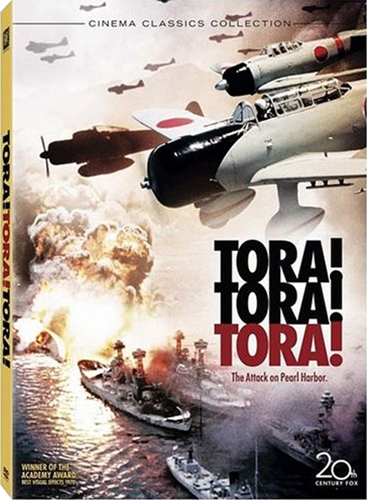 The fact that it's an American-Japanese co-production makes it unique, but more importantly is that it does as good a job as a movie possibly can of conveying the feeling of the events of Sunday, December 7th, 1941, without resorting to weaving in the typical romantic sub-plots and such that might have distracted from its historical presentation.

"Tora! Tora! Tora!" is the Japanese signal to attack - and the movie meticulously recreates the attack on Pearl Harbor and the events leading up to it.

Opening scenes contrast the American and Japanese positions. Japanese imperialists decide to stage the attack. Top U.S. brass ignore it's possibility. Intercepted Japanese messages warn of it - but never reach F.D.R.'s desk. Radar warnings are disregarded. Even the entrapment of a Japanese submarine in Pearl Harbor before the attack goes unreported. Ultimately the Day of Infamy arrives - in the most spectacular, gut-wrenching cavalcade of action-packed footage ever. You'll see moments of unsurpassed spectacle and heroism: U.S. fighters trying to take off and being hit as they taxi; men blasted from the decks of torpedoed ships while trying to rescue buddies; savage aerial dogfights pitting lone American fliers against squadrons of Imperial war planes. It's the most dazzling recreation of America's darkest day - and some of her finest hours. "Sir, there's a large formation of planes coming in from the north, 140 miles, 3 degrees east." "Yeah? Don't worry about it." This is just one of the many mishaps chronicled in Tora! Tora! Tora!

The epic film shows the bombing of Pearl Harbor from both sides in the historic first American-Japanese coproduction: American director Richard Fleischer oversaw the complicated production (the Japanese sequences were directed by Toshio Masuda and Kinji Fukasaku, after Akira Kurosawa withdrew from the film), wrestling a sprawling story with dozens of characters into a manageable, fairly easy-to-follow film. The first half maps out the collapse of diplomacy between the nations and the military blunders that left naval and air forces sitting ducks for the impending attack, while the second half is an amazing re-creation of the devastating battle. While Tora! Tora! Tora! lacks the strong central characters that anchor the best war movies, the real star of the film is the climactic 30-minute battle, a massive feat of cinematic engineering that expertly conveys the surprise, the chaos, and the immense destruction of the only attack by a foreign power on American soil since the Revolutionary War. The special effects won a well-deserved Oscar, but the film was shut out of every other category by, ironically, the other epic war picture of the year, Patton. --Sean Axmaker 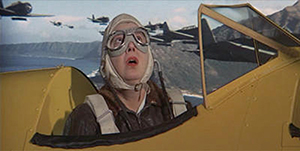