US Aerial Armament in WWII - The Ultimate Look, Vol 3:

Hardcover (320 pages)
A definitive history of US aerial armament in WWII from conventional bombs to some of the most bizarre bombs ever conceived. 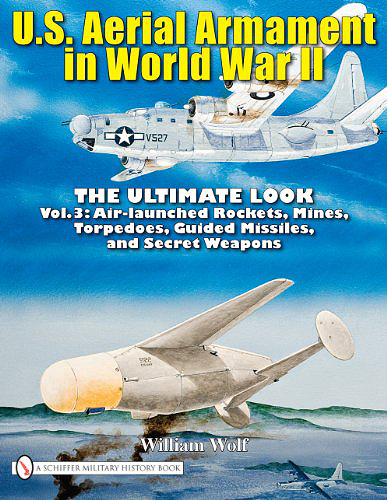 Following his previous Ultimate Look volumes on the B-29, B-32, B-18, and B-25, and volumes one and two in this series, Wolf continues his definitive history of U.S. aerial armament in World War II.

There is an extensive chapter on guided missiles including: