Paperback (496 pages), kindle
The United Nations was created to prevent war, yet the list of conflicts that have arisen since 1945 seems endless. 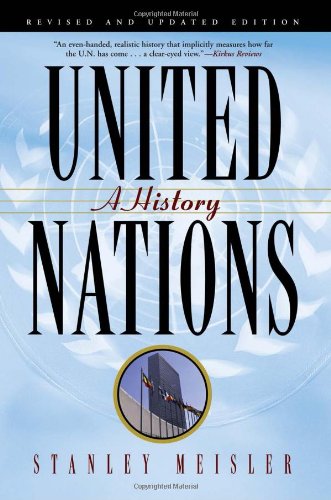 United Nations: A History begins with its creation in 1945. Although the organization was created to prevent war, many conflicts have arisen, ranging from The Korean War, to The Six Day War, to genocide in Bosnia and Rwanda. Stanley Meisler’s in-depth research examines the crises and many key political leaders.

In this second edition, Meisler brings his popular history up to date with accounts of the power struggles of the last fifteen years, specifically spotlighting the terms of secretaries-general Boutros Boutros-Ghali, Kofi Annan and Ban Ki-moon.

This is an important, riveting, and impartial guide through the past and recent events of the sixty-five-year history of the United Nations.