DVD, Blu-Ray
Based on the incredible true story of Colonel Claus von Stauffenberg (Tom Cruise) and his ingenious assassination plot targeting Adolph Hitler, this engrossing thriller reenacts the daring operation to eliminate one of the most evil tyrants the world has ever known. 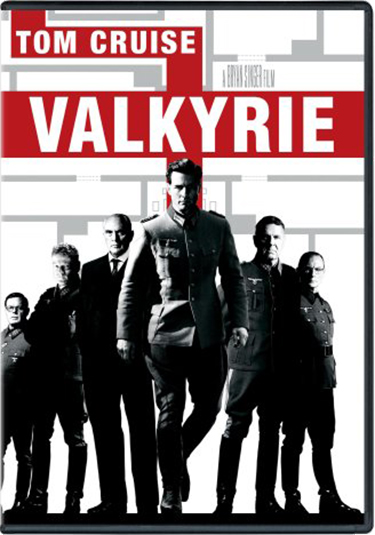 The historical aspects of the last attempt to assassinate Adolf Hitler need to be appreciated and this film accomplishes that magnificently, giving honor to the memory of some of the few Germans that tried in vain to stop the evil of Nazi Germany.

Based on the incredible true story of Colonel Claus von Stauffenberg (Cruise) and his ingenious assassination plot targeting Adolph Hitler, this engrossing thriller reenacts the daring operation to eliminate one of the most evil tyrants the world has ever known.Unpretentious and dramatically straightforward, Valkyrie is a suspenseful yet ennobling story about the last attempt to assassinate Adolf Hitler prior to the end of World War II. Tom Cruise is effective if a little opaque as hero Colonel Claus von Stauffenberg, who channels his anger at Hitler's atrocities and mismanagement of the war by joining a secret organization bent on killing the Führer. When the outspoken Stauffenberg hits on the idea of linking Hitler's death with an official policy to safeguard Berlin during a government crisis--a contingency plan called "Valkyrie"--the group realizes a post-assassination coup could be covered by rapidly implementing the plan. History tells us the plot failed, of course, and Hitler killed himself months later. But that doesn't stop Cruise or director Bryan Singer from approaching the film as a thinking person's thriller, told from inside the conspirators' camp, where the outcome of their deeds were uncertain for several tense hours.

In the tradition of The Great Escape, Valkyrie is a war movie full of famous faces, including Kenneth Branagh, Terence Stamp, Tom Wilkinson, Bill Nighy and Eddie Izzard. (The lesser-known David Bamber is very good as Hitler, hunched and cracking under pressure.) The film's gravity is offset a bit by the fun of seeing all these actors in a factually-based slice of history, and by a few, interesting stylistic flourishes on Singer's part, including the peculiarly unsettling image of a mosquito sizzled to death in close-up. --Tom Keogh