Hardcover (222 pages), kindle
American public opinion about Germany spiraled from ignorance and isolationism to a sense of danger and interventionism. 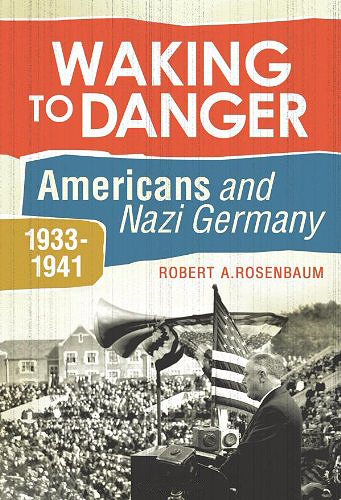 The 1930s were years when Americans struggled to define their country's role in a dangerous world. Opinions were deeply divided and passionately held. Waking to Danger: Americans and Nazi Germany, 1933-1941 traces the evolution of American public opinion about Germany as it spiraled from ignorance and isolationism to a sense of danger and interventionism.

This brief, but broad survey fills a gap in the historical literature by bringing together, for the first time, the reactions toward Nazi Germany of a variety of groups — peace advocates, Jews, fascists, communists, churches, the business community, and the military — that have hitherto only been treated separately in monographic literature. The result is a picture of evolving national public opinion that will be a walk down memory lane for the members of The Greatest Generation, while offering those who did not live through these turbulent years a fresh understanding of the era.