Tojo Against the World

Paperback (280 pages), kindle
Vilified in the West as the Japanese equivalent of Hitler, Hideki Tojo was cut from very different cloth. 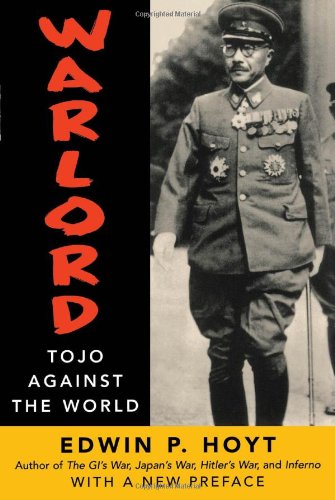 Vilified in the West as the Japanese equivalent of Hitler, Hideki Tojo (1884-1948) was in fact cut from very different cloth. Lacking the skills and charisma of a statesman, fueled by no apocalyptic visions, Tojo was an unimaginative soldier whose primary goals were to establish Japan's military strength and serve his emperor. Yet his determination and ambition caused him to participate in the seizure of power when the military took over the government.

WWII scholar Hoyt, a resident of Japan, relies on new sources and remarkable insight to show how Tojo and the leaders of Japan's armed forces gained control of the country, but how ambition ultimately proved to be Tojo's undoing.