The Courageous Heart of Irena Sendler

DVD
The true story of Polish Catholic social worker Irena Sendler who engineered and operated a group of compatriots in Warsaw's Jewish Ghetto that saved the lives of 2,500 children. 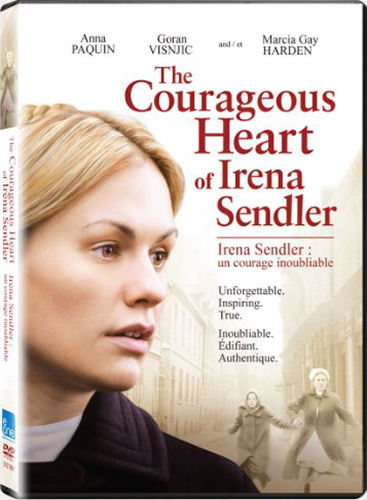 This film, a "Hallmark Hall of Fame" presentation, tells the compelling, true story of Polish Catholic social worker, Irena Sendler, in the early 1940s. She engineered and operated a group of compatriots who moved in and out of Warsaw's Jewish Ghetto dressed as nurses employed by Warsaw's Health Department. Even as they worked under the ruse of attempting to prevent and contain the spread of Typhus and Spotted Fever, Sendler and her brave friends emerged each time with the children of consenting Jewish parents.

The children were sometimes medicated and concealed in boxes, suitcases and coffins as a means of rescuing them from their imminent deportation to death camps. They were given new identities and placed with Polish families, orphanages, schools, and convents to protect their safety. Sendler kept a hidden record of their birth names and where they were placed with the hope that they would some day be reunited with their own families.

On October 20, 1943 Irena Sendler was arrested by the Gestapo. She was subjected to beatings and torture during which both of her feet and legs were broken, but not her spirit. She revealed nothing, but never again would she be able to walk without crutches.

Sentenced to death, she was rescued by the Polish Underground organization Council for Aid to Jews, codename Zegota, which, fearful that she would break down and reveal the location of the children, managed to bribe a guard to check off her name on a list of those already executed.

Righteous people and the saving of Jews from the Holocaust...