A Memory Between Us 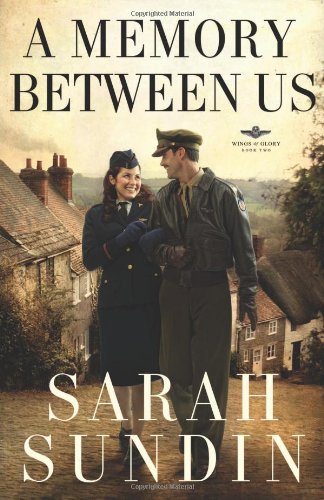 Major Jack Novak has never failed to meet a challenge -- until he meets army nurse Lieutenant Ruth Doherty. When Jack lands in the army hospital after a plane crash, he makes winning Ruth's heart a top priority mission. But he has his work cut out for him. Not only is Ruth focused on her work in order to support her orphaned siblings back home, she carries a shameful secret that keeps her from giving her heart to any man. Can Jack break down her defenses? Or are they destined to go their separate ways?

With her signature attention to detail and her talent for bringing characters together, Sarah Sundin pens another exciting tale of historical fiction set in WWII. A Memory Between Us is the second book in the WINGS OF GLORY series, which follows the three Novak brothers, B-17 bomber pilots with the US Eighth Air Force stationed in England during World War II. 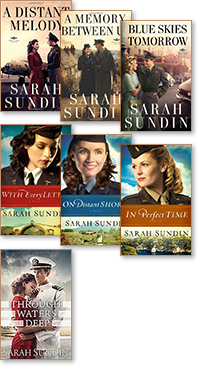 Wings of the Nightingale series

Sundin lives in northern California with her husband, three children, an antisocial cat, and a yellow lab bent on destroying her writing career. When she isn't driving kids to tennis and karate, she works on-call as a hospital pharmacist and teaches Sunday school and women's Bible studies. She belongs to American Christian Fiction Writers, Christian Authors Network, and Advanced Writers and Speakers Association. In 2011 she received the Writer of the Year Award from the Mount Hermon Christian Writers Conference. A Memory Between Us was a finalist in the Inspirational Readers Choice Awards and was featured on Booklist's Top Ten Inspirational Fiction List for 2010. SarahSundin.com.