Among The Dead Cities:

Paperback (384 pages), kindle
One of the great remaining controversies of WWII is whether the bombing offensive against civilians in Germany and Japan was a crime against humanity or if it was justified by the necessities of war. 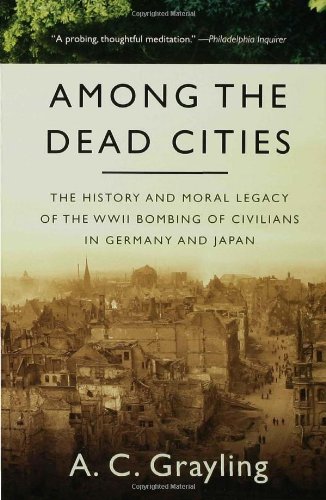 "Was the bombing offensive (against civilians in Germany and Japan) a crime against humanity," writes A. C. Grayling, "or was it justified by the necessities of war?

These questions mark one of the great remaining controversies of the Second World War." Their resolution, which Grayling accomplishes with great respect and with a sense of urgency, is a vital contribution to the debate about how far governments can go in the name of national security.