US - Japanese Relations Throughout History

Paperback (544 pages)
The disagreements, tensions and skirmishes between a closely knit society terrified of disorder and an open-ended society that continually seeks an international marketplace. 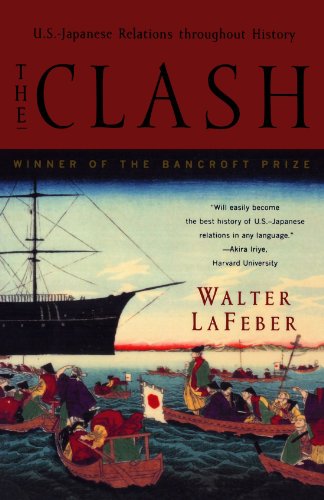 Winner of the Bancroft Prize.

When Commodore Matthew Perry sailed into Tokyo harbor in July 1853, opening Japan to the West, a century and a half of economic, cultural, and occasionally violent clashes between Americans and Japanese began. Walter LaFeber, one of America's leading historians, has written the first book to tell the entire story behind the disagreements, tensions, and skirmishes between Japan — a compact, homogenous, closely knit society terrified of disorder — and America — a sprawling, open-ended society that fears economic depression and continually seeks an international marketplace.

Using both American and Japanese sources, LaFeber provides the history behind the vicissitudes of rearming Japan, the present-day tensions in U.S.-Japan trade talks, Japan's continuing importance in financing America's huge deficit, and both nations' drive to develop China — a shadow that has darkened American-Japanese relations from the beginning.

Japan and the Axis...