Kindle only (~107 pages)
Anyone too young to remember WWII may find it hard to imagine just how devastated Sheffield was by two German raids in December 1940. 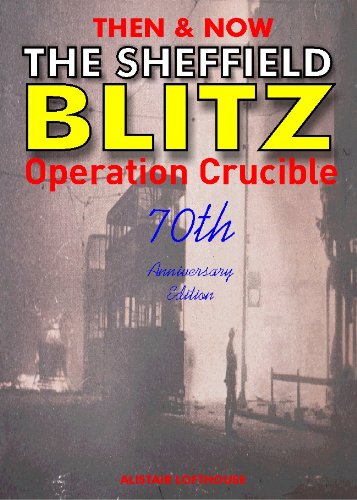 Anyone too young to remember World War Two may find it hard to imagine Sheffield devastated after two German raids in December 1940.

Hitler had intended to invade Britain after he had defeated the Royal Air Force during The Battle of Britain in the summer of 1940. However the Few of Fighter Command won the battle but Germany's air force then turned their attention to the major cities of Britain.

By re-shooting of the photographs taken just after the bombing a true perspective of the damage suffered by Sheffield can be gained.

To mark the 70th anniversary of the Sheffield Blitz this popular book has been re-printed with extra images.