Decorate your home or office with this quality "We Can Do It!" J Howard Miller poster print, for that perfect piece that matches your style, interests, and budget. 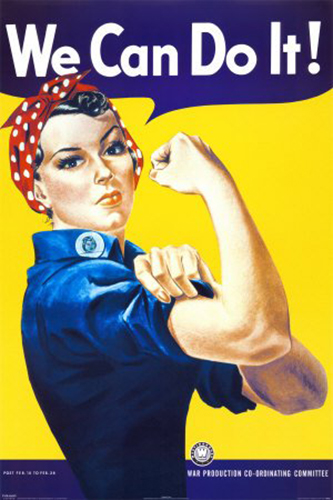 Decorate your home or office with high quality posters. We Can Do It! (Rosie the Riveter) Poster Print by J. Howard Miller, 24x36 is that perfect piece that matches your style, interests, and budget.

No more than 1,800 copies of the 17 x 22-inch poster were printed back then. It is generally thought to be based on a black-and-white wire service photograph taken of a Michigan factory worker named Geraldine Hoff.