A Genius for War

Paperback (1,024 pages)
A major biography of a major American military figure, perhaps the most renowned and controversial American general, who remains a subject of intense interest. 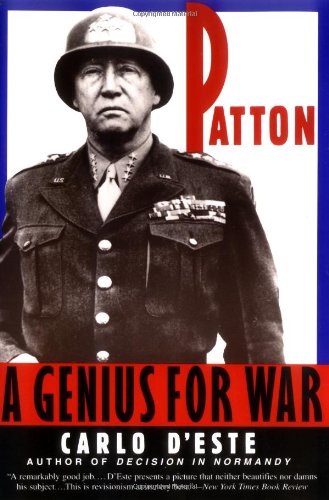 Patton: A Genius for War is a full-fledged portrait of an extraordinary American that reveals the complex and contradictory personality that lay behind the swashbuckling and brash facade. According to Publishers Weekly, the result is "a major biography of a major American military figure."

"This massive work is biography at its very best. Literate and meaty, incisive and balanced, detailed without being pedantic. Mr. D'Este's Patton takes its rightful place as the definitive biography of this American warrior."

"D'Este tells this story well, and gives us a new understanding of this great and troubled man."