Patton's Unsung Armor of the Ardennes: 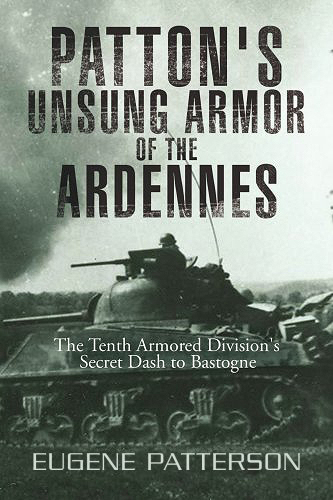 When Hitler's huge counterattack was overwhelming First U.S. Army's thin line in the Ardennes Forest in December 1944, the 10th Armored Division of Patton's Third Army secretly roared 75 miles north overnight, flung its tanks in front of the German panzers at Bastogne -- and held. This book, rich with new accounts of the men who fought there, is written by one of them. It will help history catch up to the too-long-secret dimension of one division's stand which its corps commander said he doubted any armored unit in the U.S. Army could parallel.