How Nazi Secrets Were Uncovered From The Air

Paperback (190 pages)
Behind-the-scenes story of the role of photo intelligence in the winning of WWII by a woman whose photo analysis was instrumental in identifying German's V-1 and V-2 weapons. 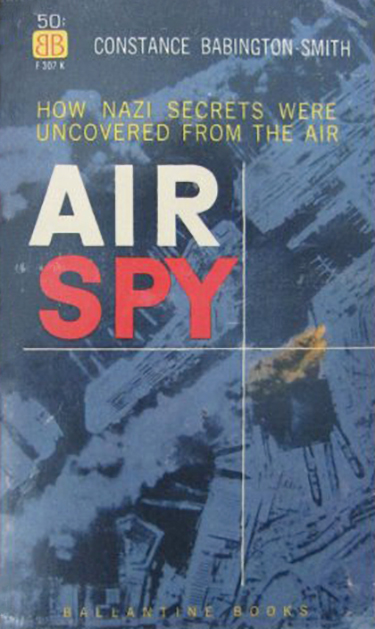 Behind-the-scenes story of the role of photo intelligence in the winning of World War II by RAF-WAAF Flight Officer Constance Babington Smith. Smith served in the Central Interpretation Unit, Medmenham until 1945, and later with USAAF Intelligence in Washington until V-J Day. Smith's photo analysis was instrumental in the BODYLINE investigations of the German developments of the V-1 and V-2 vengeance weapons.

Smith's memoirs were written before the revelations of the ULTRA secret (the wholesale decryption of Nazi Germany's encrypted communications), and many of the WWII HUMINT and counter-intelligence double agent operations. Consequently, her accounts "over-attribute" to PHOTINT what was actually "all source" intelligence. She was also unable to credit others who helped her "find" much of what she successfully interpreted. It is strongly recommended that Smith's memoir be read along with R. V. Jones's "The Wizard War."

Her conclusion is ironic to anyone familiar with the evolution of photo interpretation in the U.S. military. In discussing how Nazi Germany failed at photo interpretation compared to the Allies, despite having (in many respects) superior equipment and imagery, Smith noted with distain that, "All the [German] interpreters were non-commissioned, you know, except for one officer in command of each unit."

About the author: Flight Officer Constance Babington Smith, served in the RAF Women's Auxilliary Air Force, first in the Central Interpretation Unit, Medmenham until 1945, and later with USAAF Intelligence in Washington until VJ-day. Smith received the M.B.E. and the U.S. Legion of Merit for her wartime photo intelligence work. After the war she worked as a photo researcher for Life magazine.