City Behind A Fence:

Paperback (272 pages), kindle
Created by the US government as part of rhe Manhattan Project to aid in the construction of the first atomic bomb, Oak Ridge grew to a population of 70,000 in 1945. 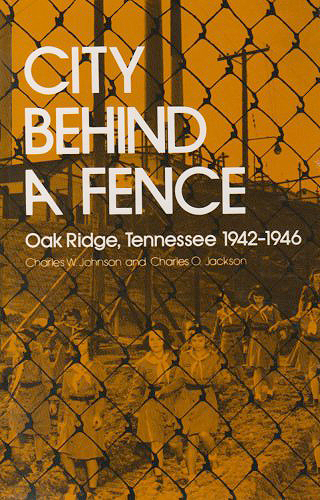 Oak Ridge, Tennessee, was created by the U.S. government during World War II to aid in the construction of the first atomic bomb. Construction personnel swelled the wartime population of Oak Ridge to as much as 70,000. That dramatic population increase, and the secret nature of the project, meant chronic shortages of housing and supplies during the war years.

Drawing on oral history and previously classified material, this book portrays the patterns of daily life in this unique setting.

The news of the use of the first atomic bomb against Japan on August 6, 1945, revealed to the people at Oak Ridge what they had been working on.