Oil and War: Hardcover (384 pages)
World War II was a process driven by the need for fuel, which was absolutely necessary to run the engines of war. 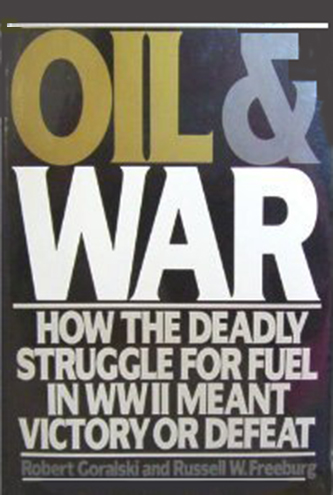 This broadly researched book describes World War II as a process driven by the need for fuel, which was necessary to run the engines of war. The authors maintain that the invasion of Russia was primarily motivated by Germany's failure to produce sufficient synthetic fuels, that Fascist Italy was almost entirely dependent on Germany for oil, and that while the Germans produced record numbers of weapons in the latter stages of the war the machines themselves were idled because of the lack of fuel.

Turning to the Pacific theater, Goralski and Freeburg reveal that before Pearl Harbor the Japanese undertook a worldwide campaign to buy as much crude oil as possible (actually trying to corner the market in U.S. aviation oil) and that the Dutch East Indies oil fields were the major strategic prize over which several important campaigns were fought.

In the concluding chapter the authors argue that oil and war are more inextricably linked today than ever before and go on to speculate ominously on the growing worldwide struggle for secure access to oil. Goralski wrote World War II Almanac; Freeburg is former managing editor of the Chicago Tribune. Photos.