Paperback (60 pages), kindle
A genius of our lifetime and the father of the modern computer, Churchill described him as the single biggest contributor to the Allied victory over the Nazis. 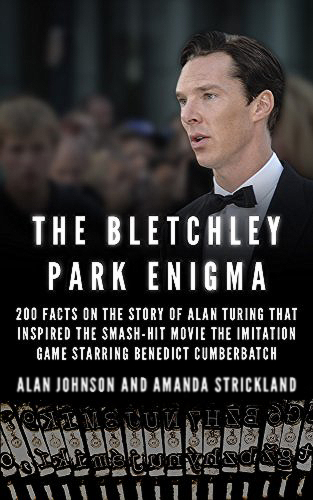 Are you a movie fan looking forward to seeing The Imitation Game starring Benedict Cumberbatch?

Or a World War II buff with a particular interest in code breaking?

Alan Turing, the man who Winston Churchill described as the single biggest contributor to the Allied victory over the Nazis, was a genius of our lifetime and father of the modern day computer.

That we can now sit and read books on a computer screen is largely thanks to his early work developing the world’s first computer.

His code-breaking efforts during the Second World War are thought to have brought forward the end of the war by two years, a remarkable achievement.

Bletchley Park where Turing worked during WWII has been restored. It now acts as a major tourist destination and place of historical interest.

The Imitation Game has received rave early reviews and is currently on short lists for Oscar success.

Cumberbatch, best-known to us as the inimitable detective in the British TV series, Sherlock, brings this intriguing and heroic man to life with his own unique acting style. In doing so, he tells his story to a generation who need to know just what he achieved and how much he changed the world.

But what was this strange, socially awkward man, painfully inept at the common niceties of life, really about?

The Bletchley Park Enigma: 200+ Facts on the Story of Alan Turing That Inspired the Smash Hit Movie The Imitation Game Starring Benedict Cumberbatch details the real life story of Alan Turing, his ground-breaking work, his complexities, the ultimate tragedy of his life and his posthumous success.

You will learn about:

All this put down in a rapid reading format so that you can absorb it super-quick. This is a great companion book to the movie.

Pick Up Your Copy of The Bletchley Park Enigma: 200+ Facts on the Story of Alan Turing That Inspired the Smash Hit Movie The Imitation Game Starring Benedict Cumberbatch Right Away!