Nuts! The Battle of the Bulge:

The Story and Photographs

Paperback (208 pages)
Hitler was convinced that if the invading Allies were struck a shattering blow, their unity would collapse and he would salvage victory from the jaws of his ineptitude. 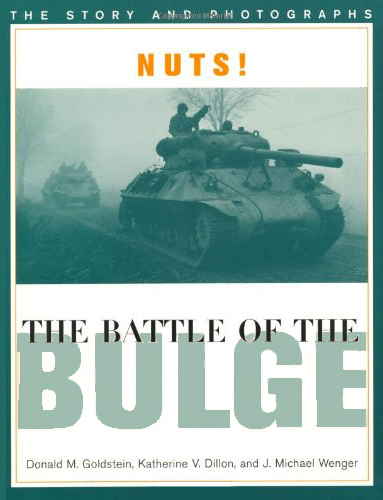 From the Library Journal

Hitler and his general staff were convinced that if the Allies on the Continent were struck a shattering blow, their unity would collapse. In mid-December 1944, they planned and executed a sudden but unsuccessful counterattack westward through the Forest of Ardennes that on combat maps produced a change in the battle line forever known as the Bulge. Following the format and scope of their earlier works The Way It Was and D-Day Normandy, the authors have reconstructed the sense of those uncertain days in the frozen Belgian woods. Hundreds of photos taken from American and German sources capture the world of combat from the perspective of foot soldiers and tank crewmen in all its powerful, gritty, and often gruesome reality. A valuable addition to any collection on this subject.