DVD
A film that serves as a wake up call and an alarm to our youth of today who don't have a clue to how they awaken to each new day in a land of unimaginable freedoms. 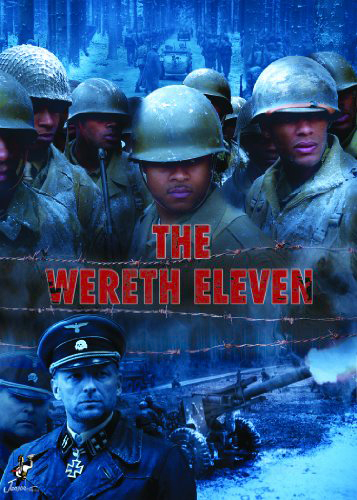 This remarkable docudrama, written and directed by Robert Child, chronicles the story of 11 African-American soldiers who were captured and brutally murdered near Wereth, Belgium, by the Nazi SS during the Battle of the Bulge. The men were members of the 333rd Field Artillery Battalion, and their terrible tale has been called one of the least-known atrocities of World War II.

Narrated by actor Corey Reynolds, The Wereth Eleven weaves together excellent interviews with WWII veterans and historians, never-before-seen archival footage, and top-notch visual effects (including CGI-animated graphics), while Ken Arnold leads an impressive cast in the reenactments. A winner of the Founders' Choice Award at the 2011 GI Film Festival, DVD extras here include bonus interviews and panel discussions.

This film is the Glory and Tuskegee Airmen of our times which highlights the amazing sacrifices, tremendous heart and the outstanding character of The Black Soldier who wasn't welcome to fight for their own country during times of war. It's through the sacrificial efforts, determination and lives of these men, that Colin Powell became the highest ranking military officer in our nation and that any and all Black men and women could achieve any rank and position they dreamed of propelled only by their ambition, not discriminated due to the color of their skin. This film is a wake up call and an alarm to our youth of today who don't have a clue to how they awaken to each new day in a land of freedoms unimaginable. It was on the backs and shoulders of men and soldiers like these who said, Take me, I'll fight, for freedoms many didn't live to experience and the ones that lived returned home without thanks, gratitude or appreciation.